The Oregon Association of Broadcasters, Society of Broadcast Engineers and Oregon Office of Emergency Management crafted a training and credentialing program for engineers, technicians and Chief Designated Operators of radio and television stations.

The OAB encourages broadcast stations in the state of Oregon to certify their engineer or chief designated operator in the First Informer Program so that they will be able to maintain and/or repair equipment that will allow stations to continue to provide critical information to listeners and viewers during a declared emergency.

The Society of Broadcast Engineers facilitates the training and testing for the First Informer program, while the OAB maintains the database of certified engineers. 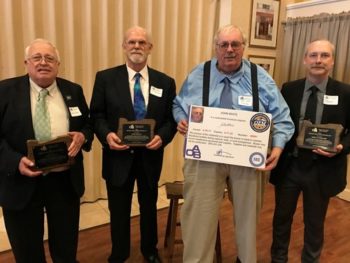 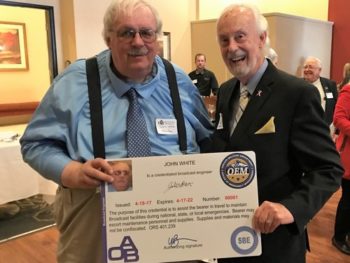 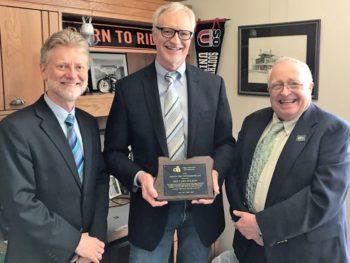 Rep. Carl Wilson (center) co-sponsored HB 2210 which created the First Informer program.  Rep. Wilson was presented a plaque of appreciation during the 2017 OAB Day at the Capitol festivities by Kingsley Kelley (GM of KTVL-TV Medford) and James Boyd (OAB Board Member). 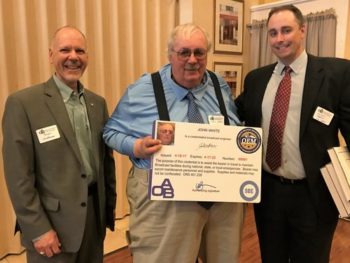