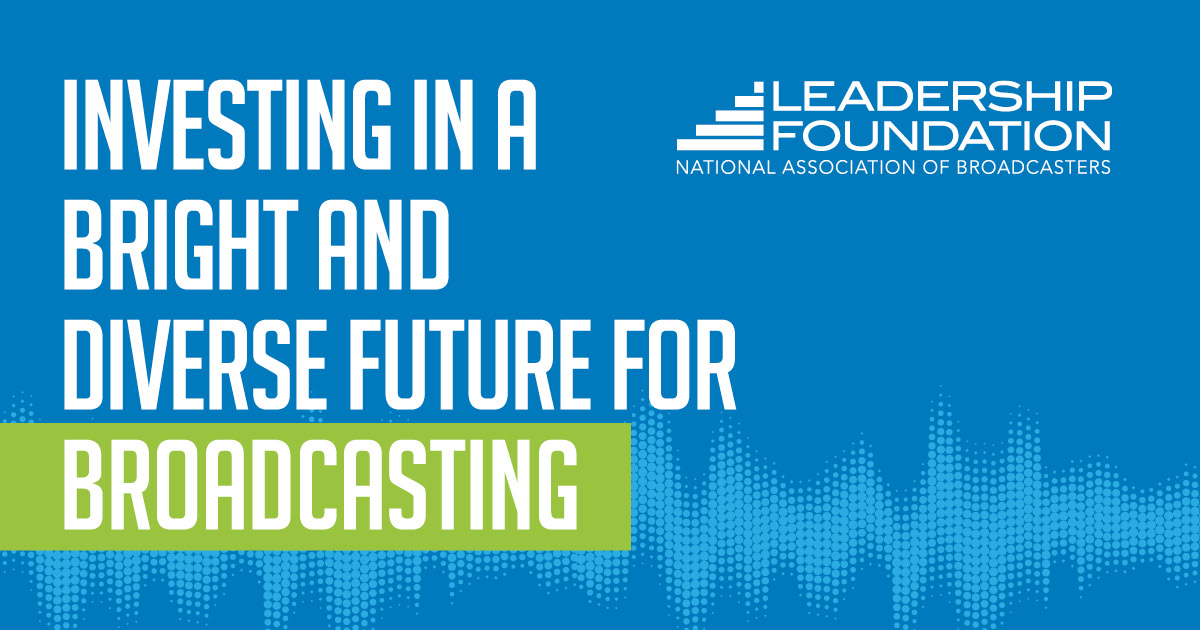 Washington, D.C. – Two-time Emmy Award-winning talk show host, journalist, producer and author Tamron Hall has been appointed to the National Association of Broadcasters Leadership Foundation (NABLF), NABLF Board Chair Darrell Brown announced today. In addition, Hall will serve in the newly created position of industry ambassador, working with NABLF on campaigns and fundraising efforts to help shape the future of the Foundation.

In her role as industry ambassador, Hall will continue helping NABLF honor broadcast radio and television stations’ community service efforts through the Foundation’s annual Celebration of Service to America Awards, which Hall hosted in 2020. Hall will also promote and engage with other NABLF initiatives, such as the Broadcast Leadership Training Program, Media Sales Academy and the newly announced Emerson Coleman Fellowship.

Hall has earned two Daytime Emmy Awards and a Gracie Award for her self-titled nationally syndicated daytime talk show, produced and distributed by ABC News and The Walt Disney Company. Throughout her career, Hall has worked at several local television stations, including Gray Television’s KBTX (Bryan, Tex.); CBS’s KTVT (Dallas, Tex.); and Fox Television’s WFLD (Chicago, Ill.). She went on to work at MSNBC and NBC, where she anchored award-winning programming including The Today Show, where she became the first African American woman to co-host the program in 2014.

“I am so excited to help the NAB Leadership Foundation continue its mission of attracting and developing the next generation of innovative broadcast executives,” says Hall. “More than ever, we need to ensure that the broadcast industry has a pipeline of future leaders that reflect our diverse audiences. It’s been an honor to work with the Foundation in the past and I look forward to furthering this work as a member of the Board.”

“Tamron Hall exemplifies the values of NABLF through her commitment to service, advocacy and diversity,” said NAB Leadership Foundation President Michelle Duke. “Her strong record of public service and leadership makes her uniquely qualified to serve as a champion for the Foundation and for broadcasting. We look forward to her partnership and working with her to make our industry better.”

The National Association of Broadcasters Leadership Foundation is a non-profit organization dedicated to advancing the future of broadcasting through leadership, diversity and community service. Learn more at www.nabfoundation.org.