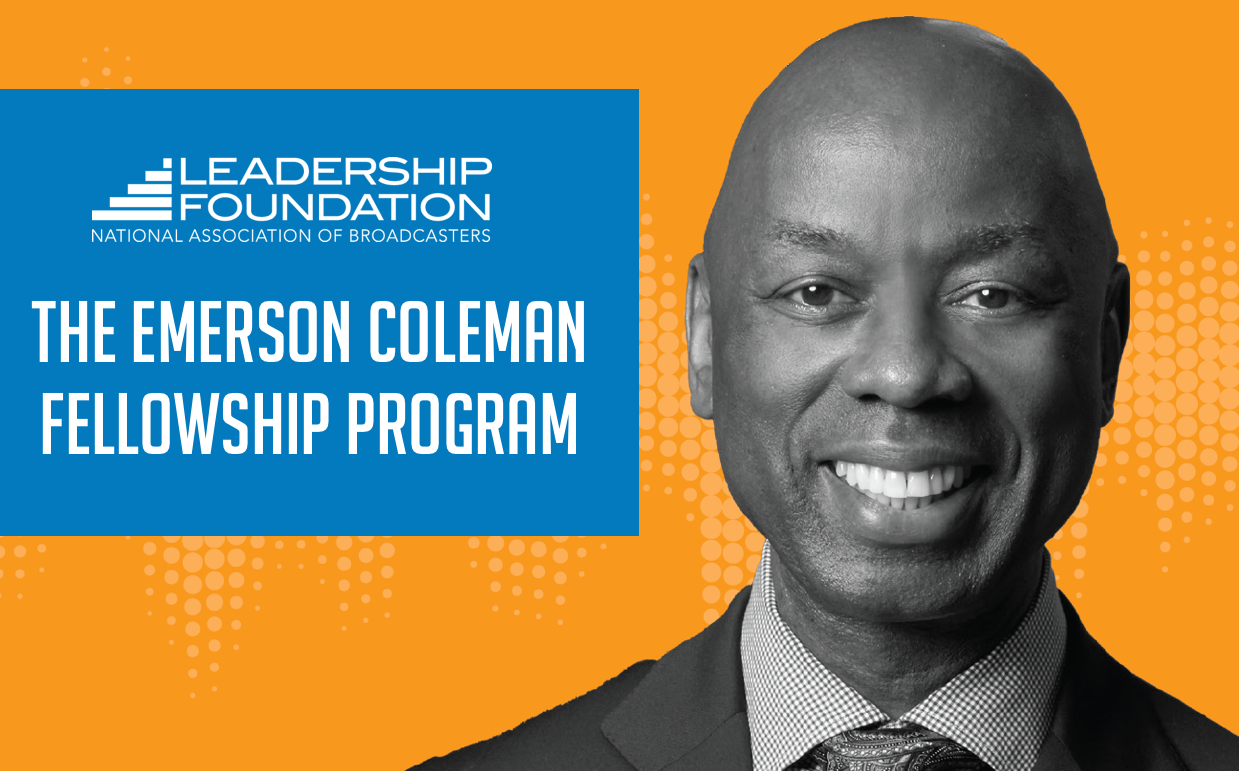 Washington, D.C. – The National Association of Broadcasters Leadership Foundation (NABLF), in partnership with Hearst Television, announced a new fellowship program honoring the legacy of distinguished broadcast professional Emerson Coleman last night at the Celebration of Service to America Awards. Through the Emerson Coleman Fellowship (ECF), NABLF and Hearst Television will work to create a more diverse workforce at every level of the broadcast industry that is representative of the communities served.

A diverse group of four or five recent college graduates will be selected for the Fellowship, which consists of training and professional development seminars, internship experience, a capstone project and a one-on-one mentoring session with Coleman. Broadcast companies will partner with NABLF to host Fellows for their internships in the summer of 2023.

As the senior vice president, Programming, Coleman oversees program development and acquisitions for Hearst Television. Coleman announced he will retire from Hearst Television, at the end of 2022 after 32 years with the company.

“NABLF is elated that after his retirement, Emerson Coleman will continue being an active force in the industry and share his decades of experience with aspiring broadcasters,” said NABLF President Michelle Duke. “The Emerson Coleman Fellowship will honor his career and legacy by providing the necessary tools and training for the next generation of broadcast leaders.”

“The overwhelming support of the Emerson Coleman Fellowship by so many of the industry’s leading companies is a testament to Emerson’s extraordinary career and the close relationships he has built through the years,” said Hearst Television President Jordan Wertlieb. “This support coupled with the NABLF’s stewardship of this important program will allow the industry to develop future programming and production talent with a diversity of voices and ideas for years to come. I can’t think of a better way to honor the legacy of this extraordinary broadcaster.”

Applications for the Emerson Coleman Fellowship will open later this fall and the program will officially begin in May 2023. Learn more about the program at nabfoundation.org/programs/emerson-coleman/.

The National Association of Broadcasters Leadership Foundation is a non-profit organization dedicated to advancing the future of broadcasting through leadership, diversity and community service. Learn more at www.nabfoundation.org.